Movies, mansions, and murder in the Golden Age of Hollywood! Teri Bailey Black’s Chasing Starlight is a historical mystery from the award-winning author of the Thriller Award for Best Young Adult Novel.

1938. The Golden Age of Hollywood. Palm trees and movie stars. Film studios pumping out musicals, westerns, and gangster films at a furious pace. Everyone wants to be a star―except society girl and aspiring astronomer Kate Hildebrand, who’d rather study them in the night sky. She’s already famous after a childhood tragedy turned her into a newspaper headline. What she craves is stability.

But when Kate has to move to Hollywood to live with her washed-up silent film star grandfather, she walks into a murder scene and finds herself on the front page again. She suspects one of the young men boarding in her grandfather’s run-down mansion is the killer―maybe even her grandfather. She searches for clues.

Now, Kate must discover the killer while working on the set of a musical―and falling in love. Will her stars align so she can catch the murderer and live the dream in Old Hollywood? Or will she find that she’s just chasing starlight?

“Chasing Starlight dazzles with richly drawn characters, a breathtaking mystery, and a vivid 1930s Hollywood setting. Black masterfully evokes the glamour and darkness of a mesmerizing era steeped in secrets, lies, and dreams.” ―Cat Winters author of The Raven’s Tale

“Miss Fisher meets Tinseltown in this addictive mystery full of Old Hollywood glamour and slow-burn secrets. Chasing Starlight is the journey of aspiring-astronomer-turned-reluctant-sleuth Kate as she works not only to solve a murder but find her place in the world after a tumultuous past. Come for the gossipy glam of old Hollywood; stay for a cast of charmingly quirky characters and a mystery that will have you guessing until the end.” ―McKelle George, author of Speak Easy, Speak Love

“Chasing Starlight is a mystery as alluring as old Hollywood itself―and fun! Teri Bailey Black’s story has a historical-yet-modern feel, and the setting is so creative and cinematic you’ll feel as if you’re sitting on a film set. With a cast of dream-chasers who showcase both the glamour and the grit, Chasing Starlight is delightful from the first scene to the last.” ―Jodie Lynn Zdrok, author of Spectacle

“This complex tale featuring blossoming romance, an edge-of-your-seat murder, and a host of characters to love and hate is recommended for collections where mysteries are popular.” ―School Library Journal

“A thrillingly romantic dive into Old Hollywood that will appeal to cinema and history buffs alike.” ―Booklist

Holy moly, where do I even start?

This book looked and sounded amazing. A murder mystery set in 1930s Hollywood? I mean, come on! Plus the cover is absolutely gorgeous.  Essentially, I had some high expectations, and Teri Bailey Black completely delivered.

For real though, every little detail of this story was so perfect. The plot? Flawless. It wasn’t so suspenseful that I was constantly on my guard, and I appreciate that greatly. The reveal at the end made perfect sense, but I would have never seen it coming. This is the first mystery I have read in a long time, and I have missed it SO MUCH. This was a perfect reintroduction to the genre.
And now I can finally scream about some of the BEST CHARACTER DEVELOPMENT I HAVE EVER SEEN!! Kate Hildebrand is now one of my favorite characters ever. The coolest part was noticing the moments in the book where someone had a shift of character. You could easily pick out the moments where Kate and her grandfather came out of their shells. And Bonnie??? She appears to be your typical “dumb blonde” stereotype: most people treat her that way, and she believes it. In reality, she is a REAL GIRL! Sure, she acts like a princess, but she isn’t bratty or vain, despite growing up wealthy. The author gives her her own concerns and opinions and desires, and I really, really respect that.

Oh, and thank you for giving me another ship to cry about. No budding couple needs to go through that much distrust and turmoil in a relationship that has barely started 😭😭😭. Give my children a break, please!!!

There were only two swear words in the book, and they aren’t used carelessly, so I can appreciate that. I wasn’t completely riveted by the book, but I think that had more to do with my own mindset than the story itself. This story gave me a nice escape from my world, even if it was just to California 😅. I would recommend it to anyone, and it will definitely be one of my favorite mysteries for a very long time. I am definitely going to be looking for more books by Teri!!

**I received a physical ARC to review. This does not change my opinion**

Teri Bailey Black is happiest when she’s creating things, whether it’s with words, fabric, or digging in the garden. Her debut novel, Girl at the Grave, won the Thriller Award for Best Young Adult Novel, and the Whitney Award for Best Debut and Best Young Adult Novel. Her second novel, Chasing Starlight, will be published June 2020. She and her husband have four children and live in Orange County, California. 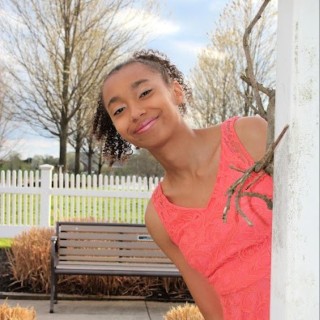 Hey Readers! I'm Jaedyn: teen writer, reader, blogger, and actress. My greatest hope is that I can use my gifts to share the love of Jesus with the world. See you around!